While looking through the index of Pinewood Derby Times articles, I realized that I had never performed a test on the performance effect of the height of the ballast weight. What an oversight. This topic tends to bring out the extremes. A few people have told me that they made a wing at the maximum allowable height and put the weight right at the top of the wing. On the other hand, a larger group of folks say that the weight must be at the bottom of the car, maybe even hanging down a bit. These folks won’t even consider using a tungsten canopy, as “that would make the weight too high”.

But note that the example above is an extreme case, with the difference in vertical CG of well over one inch. In most cases, the difference between a high and low CG car is much less than one inch.
Well, enough of this speculation. Let’s do an experiment to see what really happens.

Experimental Setup
First, we need to create a car on which the vertical COG can be changed without affecting any other factor. 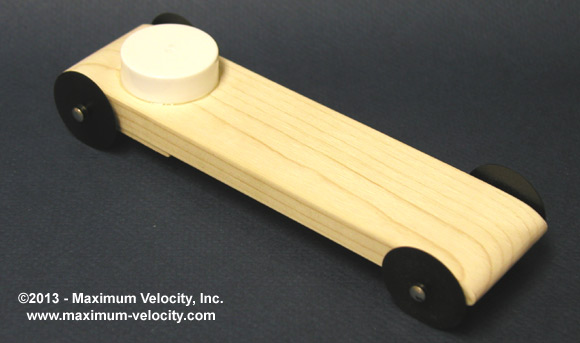 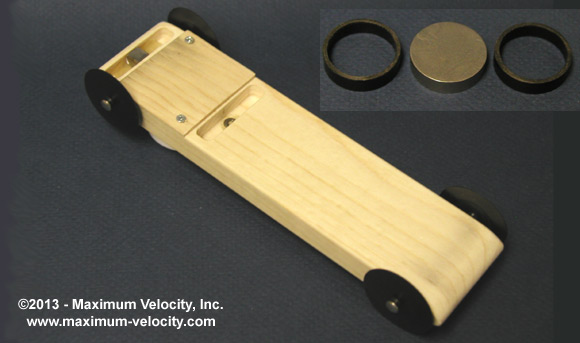 Figure 3 – Bottom of Car with Weight and Spacers Inset

The car in Figure 2 has a 1-3/8 inch hole drilled completely through the car, and a medicine bottle cap with a 1-3/8 inch internal diameter is glued over the hole. The resulting cavity can hold a 3.25 ounce tungsten round (9/32 inch thick) and two hollow plastic spacers (same OD and thickness), and a thin plastic shim to prevent rattling. On the bottom of the car, the hole is covered with a removable plate (Figure 3).

Experimental Results
As I stated above, I expected the difference in COG height would have a relatively trivial affect on performance. But I was surprised to find that the height of the COG made absolutely no difference in performance.

The 1 millisecond variation between the averages is within the standard deviation, so the difference of 1 millisecond is statistically insignificant.

Conclusion
What does this all mean? Well, within reason1 don’t worry about the height of the COG. Certainly get the COG towards the back, keep your car aerodynamically sleek, and have fun designing your dream car.
1In this test, the height of the COG varied by 9/16 inch without any effect on performance. However, there could be a difference in performance for more extreme swings in COG height.

Just one car this time, but it is a doozy!

Dan’s Model T Street Rod – Andy Holzer
During the summer of 2010 I attended a car club event at a drag race track. The car owners could run the 1/8th or the 1/4 mile with their cars (depending on how their cars teched out). I saw a friend’s car there staged for another opportunity to run down the track. While looking at Dan’s Model T Street Rod I thought to myself, this would make an excellent extended wheelbase pinewood derby car. 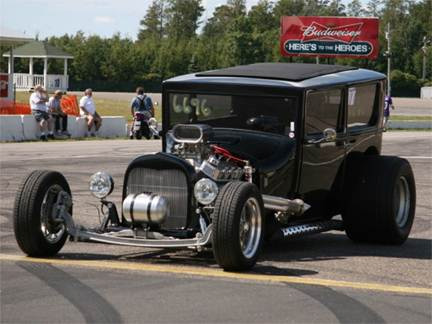 I figured this would be a fairly straightforward build, not having to make full fenders would make things easier. I started out and drew up some plans based on the pictures I took at the track. The grille ended up getting cut down, as it is quite difficult to use a drop axle on a pinewood derby car and have it race down a standard pinewood derby track. The body was s-t-r-e-t-c-h-e-d to use up the whole 7 inch block, so the width looks fairly narrow (compared to the picture).

Now what to use for the motor? Dan’s car had a Chevrolet 396 engine in it. I was thinking of looking for a model with a 396 to use in the car. My son, Noah offered me a couple of small block Chevy motors to use (from some models he has purchased for parts). I didn’t like the way the Chevy small block looks in a street rod with the “siamesed” exhaust ports, so I needed a big block. After some thought, I decided to build the motor from wood (a pine – pinewood derby motor). So I did some searching on the Internet to see what Chevy 396 parts looked like (I should have taken better pictures of the motor). It may have been a better idea to go and find a 1/25th scale motor for my car as I have about 12 hours in the motor build. There were a lot of parts that were made and then re-made after the learning had taken place making the first round of parts.

At this point the motor was adding a lot of weight to the front end. I had made some headers from 12 gauge copper wire (I was planning to paint the copper wire silver). I removed most of the wood from the radiator assembly and the front tank to make them as light as they could be, but there was still a lot of weight on the front. The headers weighed .15 ounce each. 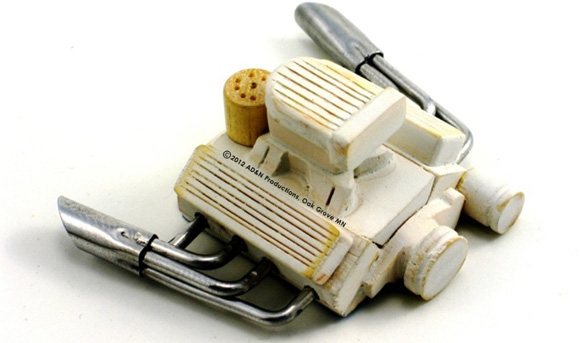 I looked at a farm supply store for some aluminum 12 gauge wire and found some, but it was electric fence wire and I needed to buy a quarter mile of it (really didn’t know what I would use the other 1318 feet of wire for). I went to the Internet and looked up aluminum 12 gauge wire and found they use aluminum wire in jewelry (not that I ever needed to know that). I went to a craft store and purchased 3 feet of it for about $3. The aluminum wire was much lighter. I bent up another header quickly and was wondering what I should use for a collector on the headers. I found some aluminum tubing I used for diesel exhausts for a PWD 18 wheel truck. It seemed to be the right size to fit over the 4 header tubes. I used a flat screwdriver to crimp the collectors around the aluminum wire and epoxied the assembly together after polishing each component.

So I went back to the Internet to find the firing order of a Chevy 396 and the direction of rotation of the distributor (if you are going to do it you might as well do it right). I epoxied all of the wires to the distributor and then split them into sides and drilled small holes and epoxied the other end to the block near each header output. I won’t say this was easy, but it wasn’t that bad. I also used a piece of wire to create a belt on the exposed pulleys. 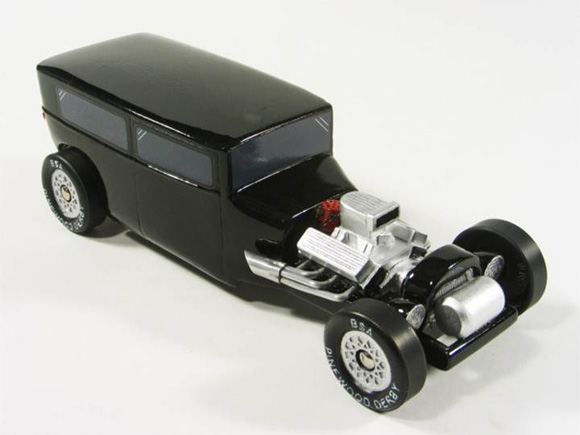 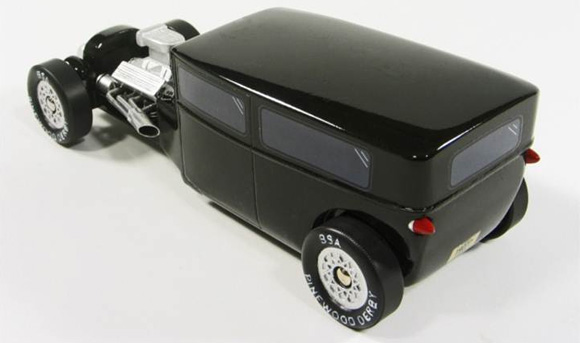 The Model T was fast but there were a lot of fast cars in the open race, it took 5th place.

I am a leader with the Royal Rangers boy’s group at our AG church. Do the Royal Rangers have a specific kit that must be used? I have noticed that some previous year’s cars have the axle hole in the center of a 3/8 inch dowel that sets in an area that has been removed for the axle to be glued in.

The last I heard, the official Royal Ranger kit is the one you described:

However, some groups use our MV kits, and some use other kits.

If your local group will be participating in a “district” type meet, then your group will need to use the kit sanctioned by the district. But if you will only be holding a local race, then you can use any kit you want.

When I measured the wheels this past summer, the #8 molds were not anywhere near as good as they were a year previous. Apparently, the #8 mold casting degraded, and the #6 mold was replaced or refurbished.

If you purchased the #8 wheels well over a year ago, then they will probably be fine.