Every year, hundreds of thousands of kids engage in building a pinewood derby car for the annual race. The majority of these children are Cub Scouts, ranging in school age from first to fifth grade.

Actually, instead of stating “thousands of kids”, I should have said “thousands of parents, and their children”; for in reality the parents do the majority of work in most cases, especially for the younger kids. Since pinewood derby building requires cutting tools, strength, and dexterity, younger children really cannot be expected to build the cars without significant help.

In my opinion it is time to reconsider. So, I am writing an open letter to BSA, asking them to consider opening up the pinewood derby to Boy Scouts. If you are in BSA leadership, and you are in agreement with the intent of this letter, please inlclude your name at the bottom of the letter and send it to your council leadership. With enough grass roots input, a change can happen.

Note: Those of you that are cynically inclined will assume that I am writing this letter in the hopes of increasing sales for Maximum Velocity. I admit that this has crossed my mind. However, if the event is organized as a boy-only event (no parental involvement), which is my intent, then the revenue increase for pinewood derby vendors due to sanctioned Boy Scout races would be very minimal.

For over fifty years, Cub Scouts have been building and racing pinewood derby cars under the sanction of Boy Scouts of America. Overall, it has been a wildly successful event. Not only is the event enthusiastically anticipated by Cub Scouts nationwide (and to some extent world-wide), but it has also served to bring in considerable revenue to your organization.

I would like to offer a suggestion for continuing the growth and success of the pinewood derby event. That is, extending the sanction of pinewood derby racing to Boy Scouts.

When a Tiger Cub has their first pinewood derby, clearly a parent must be heavily involved, as the young child does not have the dexterity or strength to build a car on their own. As the child progress through Cub Scouts, the level of parental involvement should diminish as the capability of the child increases. But just as the boy reaches a point where he can build a car entirely on his own, the boy advances into Boy Scouts, and the event is over. What a shame!

So, the question must be asked, why not sanction pinewood derby racing for Boy Scouts? Let me provide you several reasons for strongly considering this action.

Note that continuing the event beyond Cub Scouting age is not unusual. For example, here are the age ranges for other organizations that hold similar events.

In summary, I ask that you consider this suggestion as it will be of general benefit to your organization.

In looking over the rules for my son’s derby, I don’t understand a few terms. What does “Indented” or “High-sloped” Car Noses mean?

I believe the rules are prohibiting high nose (aka ‘Barge Nose’) cars. Here is an example of one: 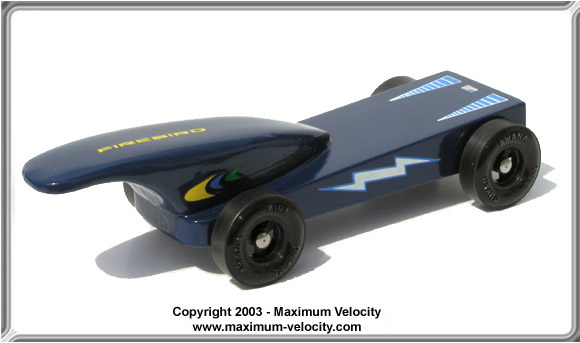 Indented nose cars are also prohibited, such as this one: 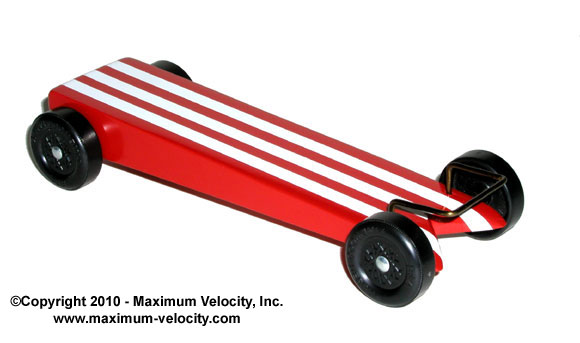 The intent of these nose styles is to provide a faster start.

What holds back the cars at the starting line? 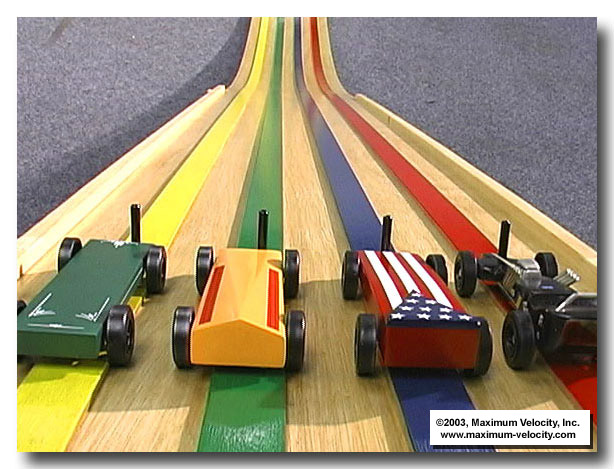 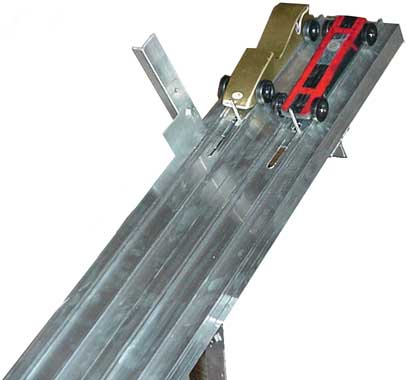 What is the recommended order for preparing the wheels?

Here is the wheel preparation order that I recommend: